All you need to know about Embossed Number Plate in Nepal 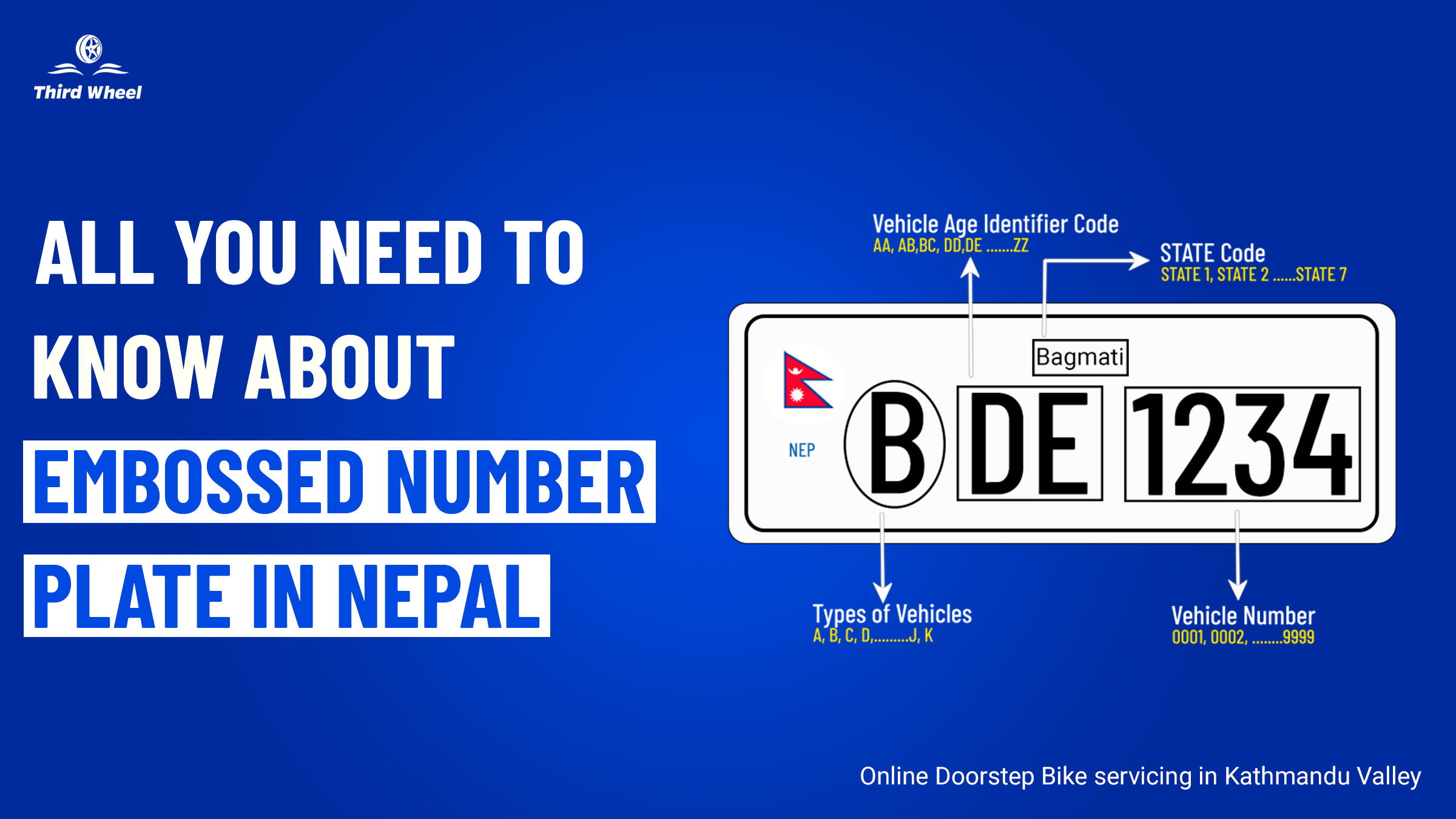 On June 3, the Department of Transportation Management (DoTM) announced the compulsion for embossed number plates in Bagmati and Gandaki Province. However, it isn’t the first time this notice had been published. The plan to launch it dates back to the Three Year Interim Plan (2007-2010), however, due to some issues the plan was set back. Since then it has been issued back and forth from 2016-2019 without proper execution.

However, the effort of giving unique registration and identity to a vehicle has been intensified. According to the Government, all small and big vehicle should have their number plates embossed by visiting the respected transportation management offices. Let’s explore this topic in more detail.

What is an Embossed Number Plate?

Basically, it is a unique identity given to a vehicle that is quite different from the traditional license plates that we’ve been seeing in several senses such as format, structure, and composition. The main difference however is, that the embossed number plate in Nepal contains the digital signature of the concerned authority. This signature helps to track and recognize vehicles via a camera as it contains a certain format and GPS tracker. Moreover, it is made with aluminum and is considered steady and the number on the plates is carved instead of being printed.

Yes, an embossed number plate serves more than one benefit as compared to traditional number plates. Let’s start by weighing down its benefits:

Is it compulsory for all vehicles?

The government had instructed vehicle owners to get their numbers plate embossed by the 17th of July, 2022. However, the lack of infrastructure became a major setback so the deadline became almost impossible to complete. Moreover, Government did instruct these groups of vehicles to get embossed number plates compulsorily before the 17th of July i.e. the end of the fiscal year 2078/79 and they are:
-> For vehicles purchased after Mangsir 1, 2078
-> Transfer of vehicle ownership after Falgun 1, 2078
-> Vehicles renewed after Jestha 1, 2079
If your vehicle falls under any of the above-mentioned categories, you must get it before Shrawan 1, 2079 to avoid any fines related to it.

How to get an Embossed Number Plate?

The first step to getting it, filling out the online form on the website of the Department of Transport Management (DoTM). You will have to fill up basic information regarding your vehicle and identification. After filling out the form, you will be given a reference number that needs to verified at the transport management office. The office will be assigned to you and hence, you will have to visit the same office. After the payment, biometrics, and verification, you will be given a date for number plate personalization. In this system, everyone will be assigned a computer-generated number that cannot be influenced or chosen. Click here, to get a step-by-step tutorial to fill-up the form.

According to sources, at present, there are 4.5 million vehicles present in the country and in total 250,000 embossed number plates have been manufactured so far. In this sense, it will be quite a time until every vehicle has its own unique number plates.